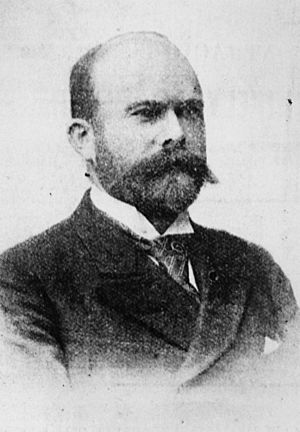 Aldershot is a town in the Fraser Coast Region, Queensland, Australia.

The Queensland Smelting Company named the town after Aldershot in England. The company was established in England in 1888 and in 1893 built a smelter in the area. The smelter operated until 1906, when it was relocated to North Queensland to be closer to the mining areas.

Aldershot Post Office opened on 1 September 1892 and closed around 1920.

A primary school opened in Aldershot in 1894. It appears to have closed by 1911, when tenders were called to relocate the school buildings to Maryborough West and the teacher's residence to Gayndah.

All content from Kiddle encyclopedia articles (including the article images and facts) can be freely used under Attribution-ShareAlike license, unless stated otherwise. Cite this article:
Aldershot, Queensland Facts for Kids. Kiddle Encyclopedia.