Kids Encyclopedia Facts
Not to be confused with Alessandra Mussolini. 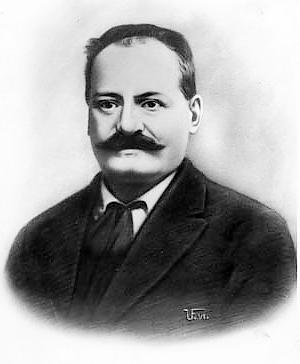 On 25 January 1882, Mussolini married Rosa Maltoni, a schoolteacher and Roman Catholic. Unlike his wife, Mussolini did not believe in God and hated the Roman Catholic Church. Maltoni's father looked down upon her decision to marry Mussolini and did not approve of the marriage.

In 1883, Maltoni gave birth to their first son, Benito Mussolini. Benito helped his father at the forge where Alessandro Mussolini worked as a blacksmith. Mussolini and his son Benito were close. He taught his son about revolutionary leaders he admired such as Karl Marx.

Mussolini experienced a number of personal troubles; he had difficulty in finding employment and became an alcoholic.

Mussolini entered politics in 1873 at the age of nineteen as a revolutionary socialist militant. In 1874, Mussolini took part in political disturbances in Predappio, Italy. Mussolini became a member of local government and was known by authorities for controversy and political violence against opponents. Mussolini was ill-tempered towards his opponents and in 1878, police warned Mussolini to cease threatening his opponents with the destruction of their property. He was arrested in 1878 on the suspicion of taking part in revolutionary activities and remained under house arrest until authorities released him in 1882 so that he could attend his marriage to Rosa Maltoni.

Mussolini believed that the government should control the mode of production, that working conditions needed to be improved, and supported the creation of a society run by the working-class.

All content from Kiddle encyclopedia articles (including the article images and facts) can be freely used under Attribution-ShareAlike license, unless stated otherwise. Cite this article:
Alessandro Mussolini Facts for Kids. Kiddle Encyclopedia.