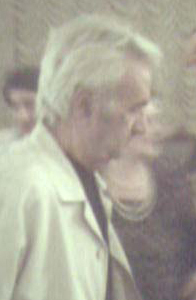 He graduated from the Music Conservatory of Yerevan, then he studied composition with Genrikh Litinsky. After graduation he returned to Yerevan to teach at the local Conservatory and later he became artistic director of the Armenian Philarmonic Orchestra.

In 1948 he was awarded the USSR State Prize for the Motherland cantata, a graduation piece he wrote as a student at the Moscow Conservatory. He has continued to win acclaim at home and abroad for his works, many of which are quickened by the folk traditions of Armenian music.

Some of Arutiunian's works for wind instruments, notably the 1950 concerto for trumpet, the concerto for tuba, and the brass quintet Armenian Scenes, have secured their place in the international repertory, having been performed by conductors such as Valeri Gergiev, who has recorded his Symphony for large orchestra, composed in 1957 with the Symphony orchestra of the Russian All-Union Radio. In 1988, he composed his Violin Concerto "Armenia-88".

All content from Kiddle encyclopedia articles (including the article images and facts) can be freely used under Attribution-ShareAlike license, unless stated otherwise. Cite this article:
Alexander Arutunian Facts for Kids. Kiddle Encyclopedia.