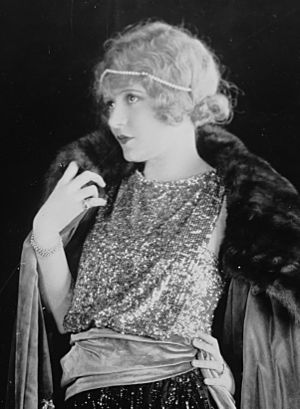 Alice Lake (September 12, 1895 – November 15, 1967) was an American movie actress. She was particularly popular in the silent era. She played A Fair Customer in the movie The Waiters' Ball in 1916. She also played Jean Oliver in The Hole in the Wall.

Lake was born in Brooklyn, New York. She died of a heart attack in Hollywood, Los Angeles, California at age 71.

All content from Kiddle encyclopedia articles (including the article images and facts) can be freely used under Attribution-ShareAlike license, unless stated otherwise. Cite this article:
Alice Lake Facts for Kids. Kiddle Encyclopedia.