All Things Bright and Beautiful facts for kids

Kids Encyclopedia Facts
This page is about the Anglican hymn. For the Owl City album, see All Things Bright and Beautiful (album).

"All Things Bright and Beautiful" is an Anglican hymn, also sung in many other Christian denominations. The words are by Cecil Frances Alexander and were first published in her Hymns for Little Children of 1848.

The hymn is commonly sung to the hymn tune All Things Bright And Beautiful, composed by William Henry Monk in 1887. Another popular tune is Royal Oak, adapted from a 17th-century English folk tune, "The 29th of May".

1.
All things bright and beautiful,
All creatures great and small,
All things wise and wonderful,
The Lord God made them all.

3.
The rich man in his castle,
The poor man at his gate,
God made them, high and lowly,
And ordered their estate.

4.
The purple headed mountain,
The river running by,
The sunset and the morning,
That brightens up the sky;−

5.
The cold wind in the winter,
The pleasant summer sun,
The ripe fruits in the garden,−
He made them every one:

6.
The tall trees in the greenwood,
The meadows where we play,
The rushes by the water,
We gather every day;−

All things bright ...
7.
He gave us eyes to see them,
And lips that we might tell,
How great is God Almighty,
Who has made all things well.

The United Church of Canada includes a fourth verse:

The rocky mountain splendour,
the lone wolf's haunting call,
the Great Lakes and the prairies,
the forest in the fall. 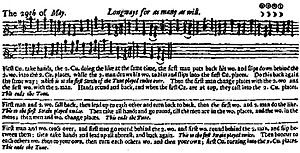 The hymn is often sung to the hymn tune All Things Bright And Beautiful, composed by William Henry Monk in 1887.

It is also frequently sung to the tune Royal Oak, a melody that was adapted from a 17th-century folk tune, "The Twenty-Ninth of May", published in The Dancing Master in 1686. The melody may have political origins in the English Civil War, and its name is thought to be a reference to the Royal Oak, a tree at Boscobel, Shropshire in which King Charles II hid himself in 1651. This was later adapted by Martin Shaw.

There have also been other adaptations, such as a full choral piece by John Rutter. In earlier editions of the Church of Scotland's Church Hymnary, the tunes "God in Nature" by John Stainer and "All Things Bright" by Frederick Arthur Gore Ouseley had been used. The chorus has been recommended as a Christian song for children to learn, even for children as young as five years of age.

In the 20th century, the writer James Herriot used lines from the hymn as titles for his series of veterinary story collections, All Creatures Great and Small (1972), All Things Bright and Beautiful (1974), All Things Wise and Wonderful (1977) and The Lord God Made Them All (1981). Material from his books has also been adapted as a film, All Creatures Great and Small (1975) and as a television series of the same name in 1978.

For the 1970 science fiction film Beneath the Planet of the Apes, composer Leonard Rosenman composed a discordant version of the hymn, rewritten for a dystopian cult who worship a nuclear bomb. The hymn was parodied by the Monty Python comedy troupe in their 1980 album Monty Python's Contractual Obligation Album; Alexander's text is inverted and a choir sings in praise of "All Things Dull And Ugly" to Monk's melody.

All content from Kiddle encyclopedia articles (including the article images and facts) can be freely used under Attribution-ShareAlike license, unless stated otherwise. Cite this article:
All Things Bright and Beautiful Facts for Kids. Kiddle Encyclopedia.