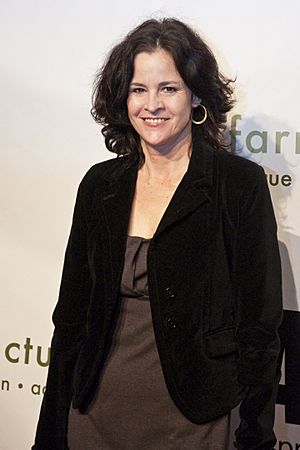 Ally Sheedy (born 13 June 1962) is an American movie and television actress who was once tied to the Brat Pack in the 1980s. She was born and raised in New York City. Notable movies in which she starred include: The Breakfast Club, Short Circuit and WarGames. The actress was born in New York City. Her father is of Irish Catholic background; her mother is Jewish.

All content from Kiddle encyclopedia articles (including the article images and facts) can be freely used under Attribution-ShareAlike license, unless stated otherwise. Cite this article:
Ally Sheedy Facts for Kids. Kiddle Encyclopedia.