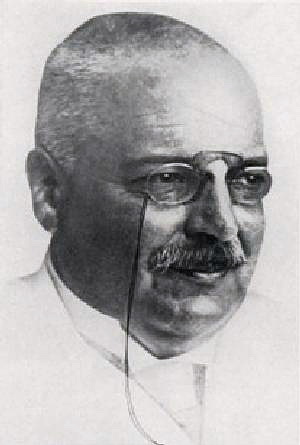 Alois Alzheimer (14 June 1864 – 19 December 1915) was a German psychiatrist. He is credited with the first published case of "presenile dementia", which Emil Kraepelin would later identify as Alzheimer's disease. 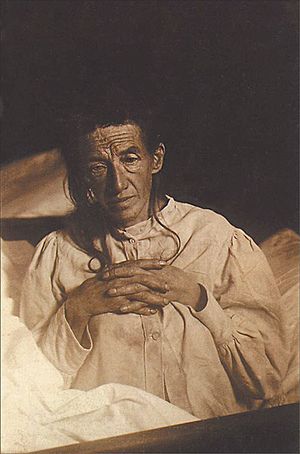 On 25th of November 1901, Alzheimer started treating a new patient, called Auguste Deter. Auguste was married, and her husband brought her to the clinic, because within a year she had changed very much. She had started to become jealous, and was unable to perform simple household tasks. Alzheimer found out that the patient had little knowledge of where she was or about the time of day or the week. She also remembered few things about her life. When she was asked a question, the answer often had little to do with the question. Auguste Deter's mood changed rapidly. Alzheimer had seen similar symptoms with other patients he treated, but generally these were over 70 years old; Auguste Deter was only 51. Several times, Auguste Deter stated that she knew that she "had lost herself" and that she "was helpless". For this reason, Alzheimer originally said that this was the "disease of forgetting". Deter died in 1906.

All content from Kiddle encyclopedia articles (including the article images and facts) can be freely used under Attribution-ShareAlike license, unless stated otherwise. Cite this article:
Alois Alzheimer Facts for Kids. Kiddle Encyclopedia.