America's Got Talent facts for kids

America's Got Talent (often abbreviated as AGT) is a televised American talent show competition, and is part of the global Got Talent franchise created by Simon Cowell. The program premiered on June 21, 2006. Each season is mainly run during the network's summer schedule, and has featured various hosts over the course of the program's history.

The program attracts a variety of participants, from across the United States and abroad, to take part and who possess some form of talent, with acts ranging from singing, dancing, comedy, magic, stunts, variety, and other genres.

Each participant who auditions attempts to secure a place in the live episodes of a season by impressing a panel of judges - the current line-up consists of Cowell, Howie Mandel, Julianne Hough, and Gabrielle Union. Those that make it into the live episodes compete against each other for both the judges' and public's vote in order to reach the live final, where the winner receives a large cash prize, and since the third season, a chance to headline a show on the Las Vegas Strip.

Since its premiere, America's Got Talent has helped to show new talent and kickstart/boost the careers of various performers who took part in the competition, the show itself has been a rating success with an average of around 10 million viewers per season.

The program has run for a total of thirteen seasons, and spawned a spin-off competition entitled America's Got Talent: The Champions, consisting of notable contestants from the U.S. and other international versions of the franchise, which premiered on NBC on January 7, 2019. 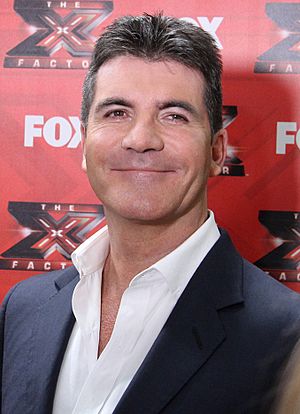 Simon Cowell, creator of America's Got Talent and the Got Talent franchise, is primarily a judge on the British international version of the franchise. He has operated as a judge on AGT since May 2016

The general selection process of each season is begun by the production team with open auditions held in various cities across the United States. They are held months before the main stage of auditions are held. Those that make it through the initial stage, become participants in the "Judges' Auditions", which are held in select cities across the country, and attended by the judges.

Each participant awaits their turn to perform before the judges, they are given 90 seconds to demonstrate their act, with a live audience present for all performances. At the end of a performance, the judges give constructive criticism and feedback about what they saw, then they each give a vote - a participant who receives a majority vote approving their performance, moves on to the next stage, otherwise they are eliminated from the program at that stage.

Each judge is given a buzzer, and may use it during a performance if they are unimpressed, hate what is being performed, or feel the act is a waste of their time; if a participant is buzzed by all judges, their performance is automatically over. Many acts that move on may be cut by producers and may forfeit due to the limited slots available for the second performance.

From the fifth to seventh seasons, acts who did not attend live auditions could instead submit a taped audition online via YouTube. Acts from the online auditions were then selected to compete in front of the judges and a live audience during the "live shows" part of the season, prior to the semi-finals.

In the ninth season, the show added a new format to the auditions in the form of the "Golden Buzzer". During auditions, each judge is allowed to use the Golden Buzzer to send an act automatically into the live shows, regardless of the opinion of the other judges; when it was initially used, the buzzer simply saved an act from elimination. The only rule to the buzzer was that a judge could use it only once per season.

All content from Kiddle encyclopedia articles (including the article images and facts) can be freely used under Attribution-ShareAlike license, unless stated otherwise. Cite this article:
America's Got Talent Facts for Kids. Kiddle Encyclopedia.