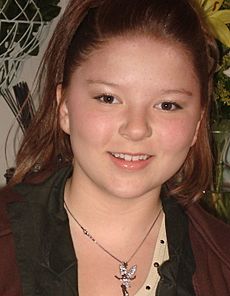 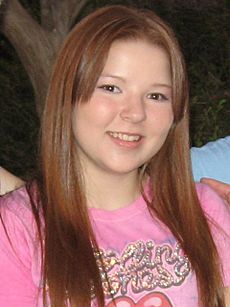 Bianca Taylor Ryan (born September 1, 1994) is an American singer. She was the winner of NBC's America's Got Talent in its first season. Her first album, Bianca Ryan, was released in autumn 2006. In 2012, Ryan joined the cast of the independent movie We Be Kings. She played a teenaged musician who is guided by an angel to an ancient blues musician frozen in a blizzard.

Ryan was born and raised in Philadelphia.

All content from Kiddle encyclopedia articles (including the article images and facts) can be freely used under Attribution-ShareAlike license, unless stated otherwise. Cite this article:
Bianca Ryan Facts for Kids. Kiddle Encyclopedia.