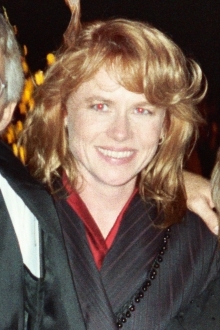 Amy Madigan (September 11, 1950) is an American television and movie actress. She has acted in many notable movies and TV series. These include the 1989 movie Field of Dreams and Uncle Buck and the series Grey's Anatomy, Carnivàle and Fringe. She was born in Chicago.

All content from Kiddle encyclopedia articles (including the article images and facts) can be freely used under Attribution-ShareAlike license, unless stated otherwise. Cite this article:
Amy Madigan Facts for Kids. Kiddle Encyclopedia.