Jessica Phyllis Lange (born April 20, 1949) is an American film, television and theatre actress. She is the recipient of many awards including two Academy Awards, one Tony Award, three Emmy Awards, five Golden Globe Awards, one Critics Choice Award, one Screen Actors Guild Award, and three Dorian Awards. In 1998, Entertainment Weekly listed Lange among the 25 Greatest Actresses of the 1990s. In 2016, Lange became the twenty-second actor to achieve the Triple Crown of Acting. 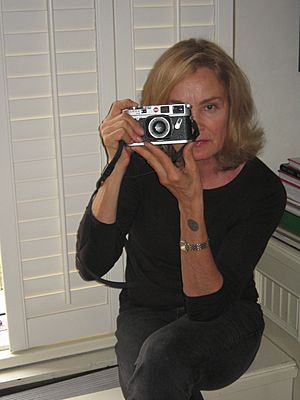 Jessica Lange has a passion for photography

Lange was born in Cloquet, Minnesota, on April 20, 1949. Her father, Albert John Lange (1913–1989), was a teacher and traveling salesman, and her mother, Dorothy Florence (née Sahlman; 1913–1998), was a housewife. She has two older sisters and a younger brother. Her paternal ancestry originates in Germany and the Netherlands, while her maternal ancestry originates in Finland. Due to the nature of her father's professions, her family moved over a dozen times to various towns and cities in Minnesota before settling back down in her hometown, where she graduated from Cloquet High School.

In 1967, she received a scholarship to study art and photography at the University of Minnesota, where she met and began dating Spanish photographer Paco Grande. After the two married in 1971, Lange left college to pursue a more bohemian lifestyle, traveling in the United States and Mexico in a minivan with Grande. The couple then moved to Paris, where they drifted apart. While in Paris, Lange studied mime theatre under the supervision of Étienne Decroux, and joined the Opéra-Comique as a dancer. 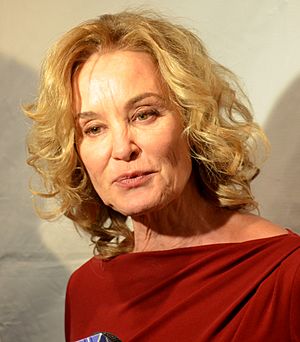 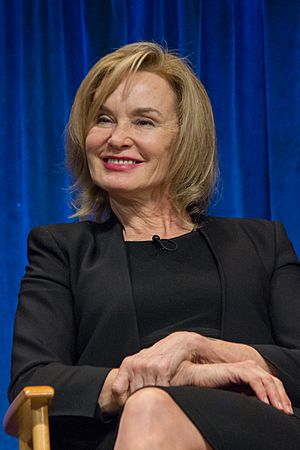 Lange was discovered by producer Dino De Laurentiis while modeling part-time for the Wilhelmina modelling agency. She made her professional film debut in his 1976 remake of the 1933 action-adventure classic King Kong, for which she won her first Golden Globe Award. In 1982, she became the first performer in 40 years to receive two Oscar nominations within the same year; she won her second Golden Globe Award and the Academy Award for Best Supporting Actress for her role as a soap opera star in Tootsie, and was also nominated for the Academy Award for Best Actress for her portrayal of the troubled actress Frances Farmer, in Frances. Lange received three more nominations for Country (1984), Sweet Dreams (1985) and Music Box (1989), before winning her third Golden Globe Award, and the Academy Award for Best Actress for her performance as a manic depressive housewife in Blue Sky (1994). In 1995, Lange became the second actress in Oscar history, after Meryl Streep, to win Best Actress after winning Best Supporting Actress; an achievement that was not repeated until nearly 20 years later by Cate Blanchett.

In addition to acting, Lange is a photographer with three published works. She has also been a foster parent and currently holds a Goodwill Ambassador position for UNICEF, specializing in HIV/AIDS in the Democratic Republic of the Congo and in Russia.

All content from Kiddle encyclopedia articles (including the article images and facts) can be freely used under Attribution-ShareAlike license, unless stated otherwise. Cite this article:
Jessica Lange Facts for Kids. Kiddle Encyclopedia.