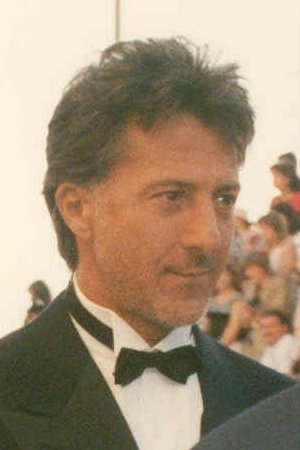 Dustin Hoffman (born August 8, 1937) is an American actor. He has been in many movies.

Hoffman was born in Los Angeles, California. He is the younger son of Lillian, a jazz pianist, and Harry Hoffman, who worked as a prop supervisor/set decorator at Columbia Pictures before becoming a furniture salesman. His brother, Ronald, is a lawyer and economist. Hoffman's family was Jewish, although he was not brought up religious. He graduated from Los Angeles High School in 1955.

Hoffman starred in The Graduate, Midnight Cowboy, Marathon Man, All the President's Men, Kramer vs. Kramer, Tootsie and Rain Man.

In 2013, Hoffman had successful treatment for cancer.

All content from Kiddle encyclopedia articles (including the article images and facts) can be freely used under Attribution-ShareAlike license, unless stated otherwise. Cite this article:
Dustin Hoffman Facts for Kids. Kiddle Encyclopedia.