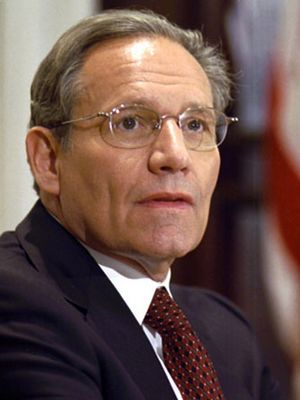 Bob Woodward (born March 26, 1943) is an American author and journalist who began working for The Washington Post around 1971. He was born in Chicago, Illinois.

He is known for his reporting with Carl Bernstein on the Watergate Scandal which eventually led to President Richard Nixon's resignation in 1974.

All content from Kiddle encyclopedia articles (including the article images and facts) can be freely used under Attribution-ShareAlike license, unless stated otherwise. Cite this article:
Bob Woodward Facts for Kids. Kiddle Encyclopedia.