And to Think That I Saw It on Mulberry Street is Theodor Seuss Geisel's first children's book published under the pen name Dr. Seuss. First published by Vanguard Press in 1937, the story follows a boy named Marco, who describes a parade of imaginary people and vehicles traveling along a road, Mulberry Street, in an elaborate fantasy story he dreams up to tell his father at the end of his walk. However, when he arrives home, he decides instead to tell his father what he actually saw—a simple horse and wagon.

Geisel conceived the core of the book aboard a ship in 1936, returning from a European vacation with his wife. The rhythm of the ship's engines captivated him and inspired the book's signature lines:

And that is a story that no one can beat
And to think that I saw it on Mulberry Street.

At least 20 publishers rejected the book before Geisel ran into an old college classmate, who had just become juvenile editor at Vanguard Press. Vanguard agreed to publish the book, and it met with high praise from critics upon release, though sales were not as impressive. Later analyses of the book have focused on its connections to Geisel's childhood; the street of the title is probably named after a street in Geisel's hometown of Springfield, Massachusetts. Geisel returned to fictionalized versions of Springfield in later books, and Marco appeared again in 1947 in the Dr. Seuss book McElligot's Pool. In March 2021, the Seuss Estate removed the book from publication due to offensive images in the book. The book enters public domain in the United States in 2033.

A boy named Marco, who is walking home from school, thinks of his father's advice:

Marco, keep your eyelids up
And see what you can see.

However, the only thing Marco has seen on his walk is a horse pulling a wagon on Mulberry Street. To make his story more interesting, Marco imagines a progressively more elaborate scene. He imagines the horse is first a zebra, then a reindeer, then an elephant, and finally, an elephant helped by two giraffes. The wagon changes to a chariot, then a sled, then a cart holding a brass band.

Marco's realization that Mulberry Street intersects with Bliss Street leads him to imagine a group of police escorts. The scene becomes a parade, as he then imagines a grandstand filled with the mayor and aldermen; an airplane dropping confetti; and, in the final incarnation of the scene, a Chinese man, a magician pulling rabbits out of a hat, and a man with a ten-foot beard. Now almost home, he snaps back to reality and rushes up the front steps, eager to tell his father his imagined story. However, when his father questions him about what he saw on his way home, his face turns red and he says, "Nothing ... but a plain horse and wagon on Mulberry Street."

Geisel was 33 and had ten years of experience in cartooning, illustrating and advertising when he began work on Mulberry Street. He had an established and prosperous career in advertising, including a contract with Standard Oil for Flit bug spray. Geisel's popular campaign featured the line "Quick, Henry, the Flit!" He had also made some forays into book publishing: for Viking Press in 1931 he illustrated Boners and More Boners, collections of quotations from children's school papers. The book's positive sales encouraged Geisel to create his own children's book, which his advertising contract did not forbid. In 1932, Geisel wrote and illustrated an alphabet book featuring a collection of odd animals, but was unable to interest publishers in it.

According to Judith and Neil Morgan, Geisel conceived the core of Mulberry Street in the summer of 1936 aboard the MS Kungsholm, a Swedish American luxury liner, during the return trip from a European vacation with his wife, Helen Palmer. As the Kungsholm endured a storm and Geisel suffered from sea sickness, he jotted down a rambling plot that started with "a stupid horse and wagon". To keep himself occupied, he began reciting poetry to the rhythm of the ship's engines and soon found himself saying, "And that is a story that no one can beat, and to think that I saw it on Mulberry Street." For days after they landed, he had the rhythm of the ship's engine stuck in his head, so, at Helen's suggestion, he decided to write a story based on it.

The Morgans based this account on interviews with Geisel, who had given similar accounts of the book's creation to journalists throughout his career, often omitting or altering various details. In one version, he had already been working on the book for six months before the European trip, and the trip home provided the final breakthrough. In another, he claimed he had the book about half finished when they landed in the United States.

Geisel, in his perfectionism, struggled with writing Mulberry Street. According to the Morgans, "Although he lived for wit, his flights of fancy were subject to strict review." He spent at least six months on the book, questioning every word and writing numerous drafts. He wrote the poem out in pencil on yellow paper and asked his wife to discuss every page with him. 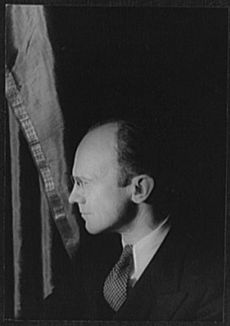 Composer Deems Taylor adapted Mulberry Street into an orchestral work, Marco Takes a Walk. The work opens with a theme that represents the horse and wagon, which is followed by six variations that represent the various changes in Marco's story. The work's premiere, conducted by Howard Barlow, occurred at Carnegie Hall on November 14, 1942.

A short film based on the book was released by Paramount Pictures in 1944. It was made by George Pal as part of his Puppetoons series, which featured an adaptation of Geisel's The 500 Hats of Bartholomew Cubbins the year before The Mulberry Street adaptation was nominated for the Academy Award for Best Short Subject (Cartoon) in 1945. Footage of the short was featured in the 1994 TV film In Search of Dr. Seuss.

As Mulberry Street is Geisel's first children's book, Donald Pease calls it "the scene of origin for all of Dr. Seuss's children's books". After several books in prose, Geisel returned to verse for 1940's Horton Hatches the Egg, using the same "galloping, rollicking, anapestic tetrameter rhyme scheme" he had used for Mulberry Street. In a later series of children's stories for Redbook magazine, Geisel reported "the latest news from Mulberry Street". In "Marco Comes Late", Marco attempts to explain why he is two hours late to school.

Geisel returned to fictionalized versions of his home town in three later books, which, together with Mulberry Street, form what Donald Pease calls the Springfield Cycle. McElligot's Pool (1947), If I Ran the Zoo (1950), and If I Ran the Circus (1956) take place in different fictionalized versions of Springfield. Each also features a young protagonist who, when prompted by an adult, responds with "a series of increasingly fantastic scenarios." McElligot's Pool also marks Marco's return as a main character in a Dr. Seuss book.

When Geisel returned to Springfield in 1986 as part of a publicity tour he was greeted by dozens of children on Mulberry Street. Another group of children held up a banner that read, "And to think that we saw him on Mulberry Street". John Fogerty, frontman for the Creedence Clearwater Revival, has stated that the band's song "Lookin' Out My Back Door" was partly inspired by the book.

In 1961, the book was given the Lewis Carroll Shelf Award.

In 2017, there was some controversy regarding the stereotypical depiction of a Chinese man in a mural at the Amazing World of Dr. Seuss Museum, which was derived from the book.

Dr. Seuss Enterprises pulled Mulberry Street from publication in March 2021 along with five other works by Seuss due to the inclusion of imagery they deem "hurtful and wrong". While Dr. Seuss Enterprises did not specify which illustrations were offensive, the National Post cited an instance where Mulberry Street depicts a "Chinese man". This particular character has lines for eyes, wears a conical hat and clog shoes, and carries chopsticks to eat a bowl of rice. The original publication referred to a "Chinaman" who also had a queue, and yellow coloring for the character's skin. These latter features were removed by Seuss in the 1970s when the character's name was changed to "a Chinese man". Other plausible (but unspecified by Dr. Seuss Enterprises) content for exclusion include depictions of a “Rajah, with rubies” and two fur-clad figures being pulled by a reindeer. Removing the books caused a surge in sales for other works by Seuss that impacted Amazon's charts in the United States. It was reported by CTV News that nine of the top ten best sellers were all books by Seuss, excluding the books that were removed. Other impacts included the collectors value of Mulberry Street, as cash offerings rose substantially on eBay before the listings were removed for "offensive content".

All content from Kiddle encyclopedia articles (including the article images and facts) can be freely used under Attribution-ShareAlike license, unless stated otherwise. Cite this article:
And to Think That I Saw It on Mulberry Street Facts for Kids. Kiddle Encyclopedia.