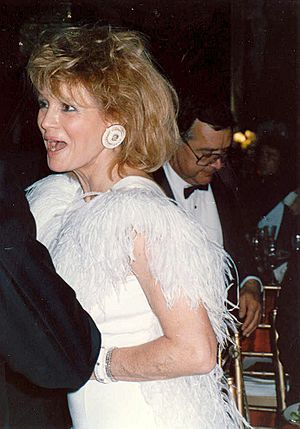 Angie Dickinson (b September 30 1931 near North Dakota) is an American movie actress. She starred in the features Dressed to Kill and Pay it Forward. She was also the star of the television series Police Woman.

All content from Kiddle encyclopedia articles (including the article images and facts) can be freely used under Attribution-ShareAlike license, unless stated otherwise. Cite this article:
Angie Dickinson Facts for Kids. Kiddle Encyclopedia.