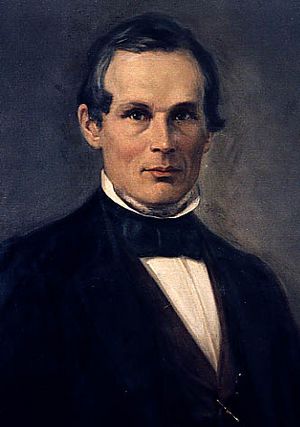 An angstrom or ångström (symbol Å) is a non-SI unit of length that is internationally recognized. It equals 0.1 nanometer (nm). It can be written in scientific notations as 1×10−10 m (normalized notation) or 1 E-10 m (exponential notation) — both mean 1/10,000,000,000 meters. It is sometimes used to express the sizes of atoms, lengths of chemical bonds and visible-light spectra, and dimensions of parts of integrated circuits.

The ångström is named after the Swedish physicist Anders Jonas Ångström (1814–1874), one of the founders of spectroscopy who is known also for studies of astrophysics, heat transfer, terrestrial magnetism, and the aurora borealis.

In 1868, Ångström created a spectrum chart of solar radiation that expresses the wavelength of electromagnetic radiation in the electromagnetic spectrum in multiples of one ten-millionth of a millimetre, or 1×10−10 metres. This unit of length later became known as the ångström, Å.

The visual sensitivity of a human being is from about 4,000 Ångstroms (violet) to 7,000 Ångstroms (deep red) so the use of the ångström as a unit provided a fair amount of discrimination without resort to fractional units. Because of its closeness to the scale of atomic and molecular structures it also became popular in chemistry and crystallography.

Today, the use of the Ångstrom as a unit is less popular than it used to be and the nanometre (nm) is often used instead (with the Ångstrom being officially discouraged by both the International Committee for Weights and Measures and the American National Standard for Metric Practice).

All content from Kiddle encyclopedia articles (including the article images and facts) can be freely used under Attribution-ShareAlike license, unless stated otherwise. Cite this article:
Angstrom Facts for Kids. Kiddle Encyclopedia.