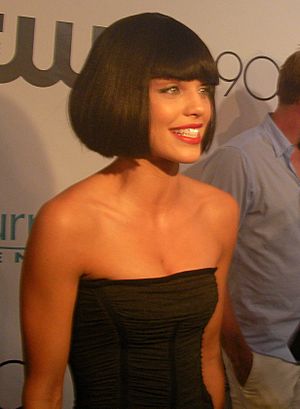 AnnaLynne McCord (born 16 July 1987) is an American actress. She plays the roles of vixens in movies. She starred as Suzie Woods in the 2008 supernatural thriller The Haunting of Molly Hartley. She also starred as Naomi Clark in the show 90210. The actress was born in Atlanta, Georgia.

All content from Kiddle encyclopedia articles (including the article images and facts) can be freely used under Attribution-ShareAlike license, unless stated otherwise. Cite this article:
AnnaLynne McCord Facts for Kids. Kiddle Encyclopedia.