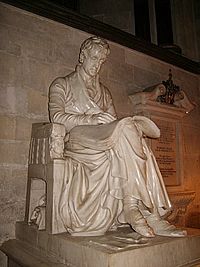 An antiquarian or antiquary (from the Latin: antiquarius, meaning related to ancient times) is a student of antiquities or things of the past. More specifically, the term is used for those who study history with particular attention to ancient artifacts. This includes archaeological and historic sites, or historic archives and manuscripts. The essence of antiquarianism is a focus on the empirical evidence of the past. It may be better explained by the motto adopted by the 18th-century antiquary, Sir Richard Colt Hoare, "We speak from facts not theory".

In the 18th century a new form of humanism emerged. Learned men and those interested in history formed new antiquarian societies. They were not associated with universities. They were formed by gentlemen of means and leisure, They had a growing interest in ancient Greece. A fortunate few, mainly Englishmen and Frenchmen, could visit these sites. A lucky few could even afford books illustrating these antiquities. Many early antiquarians were self-taught. These gentlemen scholars prepared papers on their findings and debated these in the society meetings. At times they disagreed with the new academic approach to history. By the end of the 19th century, antiquarianism had been replaced by a number of more specialized academic disciplines. These included archaeology, art history, numismatics, sigillography, philology, literary studies and diplomatics. Today the term is often used in a pejorative sense. It is used to refer to a very narrow focus on historical trivia instead of the actual history.

An antiquarian may also be someone who collect or study antiques.

All content from Kiddle encyclopedia articles (including the article images and facts) can be freely used under Attribution-ShareAlike license, unless stated otherwise. Cite this article:
Antiquarian Facts for Kids. Kiddle Encyclopedia.