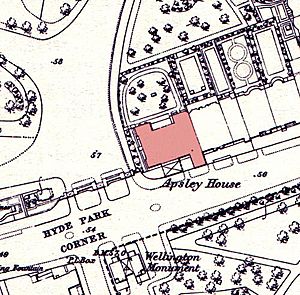 Apsley House on an 1869 map. The neighbouring houses were demolished in the post World War II period to allow Park Lane to be widened. The Wellington Arch has been moved since this time.

Apsley House is the London townhouse of the Dukes of Wellington. It stands alone at Hyde Park Corner, on the south-east corner of Hyde Park, facing south towards the busy traffic roundabout in the centre of which stands the Wellington Arch. It is a Grade I listed building.

It is sometimes referred to as the Wellington Museum, its official designation under a 1947 Act of Parliament. The house is now run by English Heritage and is open to the public as a museum and art gallery, exhibiting the Wellington Collection, a large collection of paintings, other artworks and memorabilia of the career of the 1st Duke. The 9th Duke of Wellington retains the use of part of the buildings. It is perhaps the only preserved example of an English aristocratic townhouse from its period. The practice has been to maintain the rooms as far as possible in the original style and decor.

Apsley House stands at the site of an old lodge that belonged to the crown. During the Interregnum newer buildings were erected between what is now Old Regent Street and Hyde Park Corner. In the 1600s after the Restoration they were leased by James Hamilton (died 1673) and renewed by Elizabeth his widow in 1692 on a 99-year lease (Hamilton Place takes its name from that family). Immediately before Apsley House was built the site was occupied by a tavern called the Hercules Pillars (immortalised by Henry Fielding in The History of Tom Jones, a Foundling as the location where Squire Western resides when he first journeys up to London).

The house was originally built in red brick by Robert Adam between 1771 and 1778 for Lord Apsley, the Lord Chancellor, who gave the house its name. Some Adam interiors survive: the semi-circular Staircase, the Drawing Room with its apsidal end, and the Portico Room, behind the giant Corinthian portico added by Wellington.

The house was given the popular nickname of Number One, London, since it was the first house passed by visitors who travelled from the countryside after the toll gates at Knightsbridge. It was originally part of a contiguous line of great houses on Piccadilly, demolished to widen Park Lane: its official address remains 149 Piccadilly, W1J 7NT. In 1807 the house was purchased by Richard Wellesley, 1st Marquess Wellesley, the elder brother of Sir Arthur Wellesley, but in 1817 financial difficulties forced him to sell it to his famous brother, by then the Duke of Wellington, who needed a London base from which to pursue his new career in politics.

Wellington employed the architect Benjamin Dean Wyatt to carry out renovations in two phases: in the first, begun in 1819, he added a three-storey extension to the north east, housing a State Dining Room, bedrooms and dressing rooms. The second phase, started after Wellington had become Prime Minister in 1828, included a new staircase and the "Waterloo Gallery" on the west side of the house. The red-brick exterior was clad in Bath stone, and a pedimented portico added. Wyatt's original estimate for the work was £23,000, but the need to repair structural defects discovered during the work led to costs escalating to more than £61,000. Wyatt introduced his own version of French style to the interior, notably in the Waterloo Gallery and the florid wrought iron stair-rail, described by Pevsner as "just turning from Empire to a neo-Rococo" .

The Waterloo Gallery is, of course, named after the Duke's famous victory over Napoleon at the Battle of Waterloo. A special banquet is still served annually to celebrate the date – 18 June 1815. The Duke's equestrian statue can be seen across the busy road, cloaked and watchful, the plinth guarded at each corner by an infantryman. This statue was cast from guns captured at the battle.

Gerald Wellesley, 7th Duke of Wellington, gave the house and its most important contents to the nation in 1947, but by the Wellington Museum Act 1947 the right of the family to occupy just over half the house was preserved "so long as there is a Duke of Wellington". The family apartments are now on the north side of the house, concentrated on the second floor. 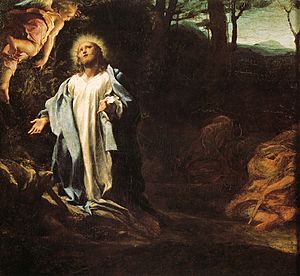 The Agony in the Garden, Antonio da Correggio, c. 1524 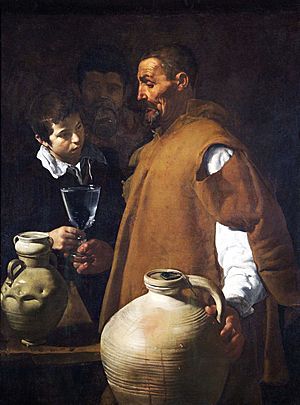 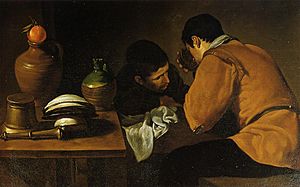 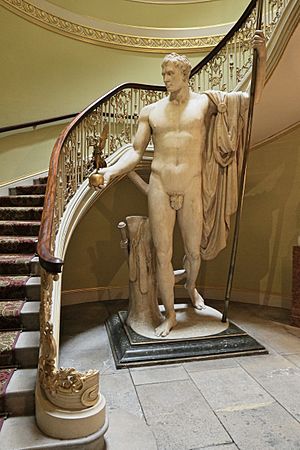 Apsley House London, Napoleon as Mars the Peacemaker statue by the Italian artist Antonio Canova of Napoleon I of France

The notable collection of 200 paintings includes 83 paintings which were acquired by the first Duke after the Battle of Vitoria, in 1813, in nowadays Vitoria-Gasteiz. The paintings were in Joseph Bonaparte's baggage train and were part of what was called 'the biggest loot in history', most of which was 'lost' in the aftermath of the battle. Lord Maryborough, brother of the duke, catalogued 165 of 'the finest paintings' to have arrived to the duke of Wellington's residence from Vitoria-Gasteiz. The Duke of Wellington decided to return the paintings, which included works from the Spanish royal collection. King Ferdinand VII of Spain answered by presenting the paintings to Wellington, as it was 'well deserved'. Not all the paintings acquired by the first Duke have been on public display. For example, in the twenty-first century three newly attributed Titians went on display for the first time having been kept in the private part of the house.

The painting collection includes work by:

The 1st Duke received many gifts from European continental rulers that are displayed in the House:

The Duke's uniform and other memorabilia may be seen in the basement.

All content from Kiddle encyclopedia articles (including the article images and facts) can be freely used under Attribution-ShareAlike license, unless stated otherwise. Cite this article:
Apsley House Facts for Kids. Kiddle Encyclopedia.