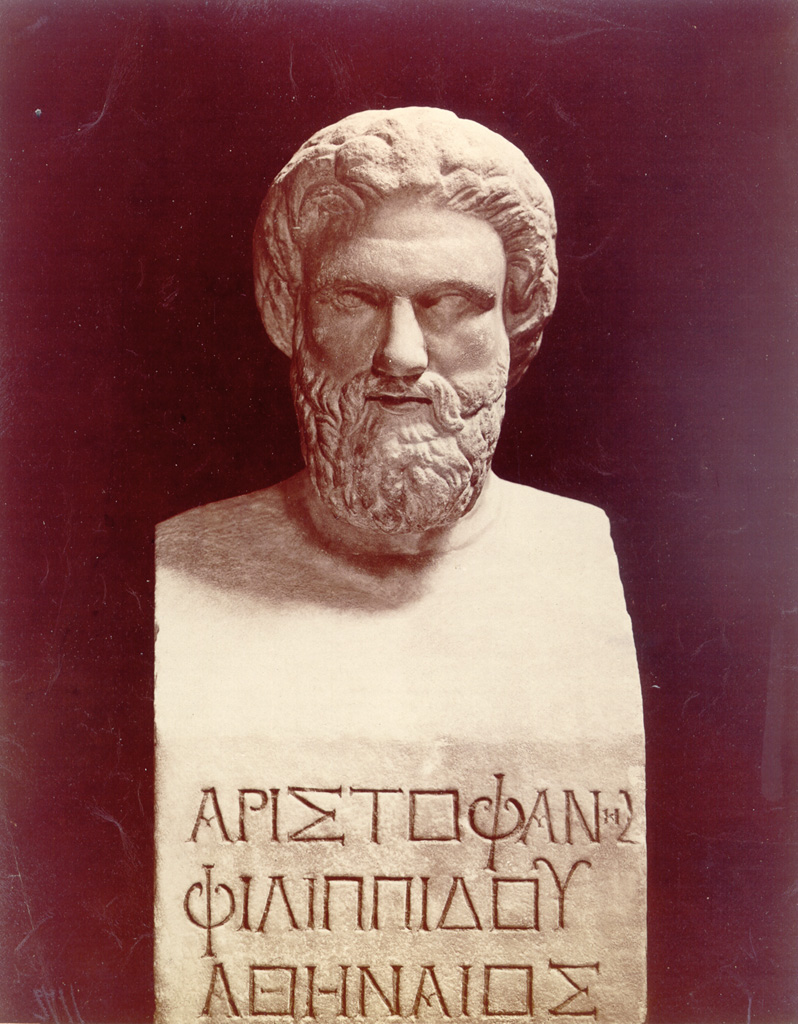 Aristophanes (born around 450/445 BC – died around 385 BC) was a Greek writer who wrote 40 plays. However, only 11 of his plays survive in their entirety. He is famous for writing comedies. They were biting satires aimed at famous men of his day, and the all-too-human weaknesses of ordinary people.

Ancient Greek theatre was first presented in competitions at the festival of Dionysia, dedicated to the god Dionysus. The interesting thing is that Aristophanes did not always win first prize. The plays which won ahead of his have been lost, so we cannot make any comparisons.

A licence for slander

"Never probably will the full power of unshackled comedy be so exhibited again...the unsparing licence of attack upon the gods, the institutions, the politicians, philosophers, poets, private citizens... and even upon the women of Athens".
"[Athenians] bore with good-humoured indulgence the full outpouring of ridicule... upon those democratic institutions to which they were sincerely attached... The democracy was strong enough to tolerate unfriendly tongues either in earnest or in jest.p450/452

All content from Kiddle encyclopedia articles (including the article images and facts) can be freely used under Attribution-ShareAlike license, unless stated otherwise. Cite this article:
Aristophanes Facts for Kids. Kiddle Encyclopedia.