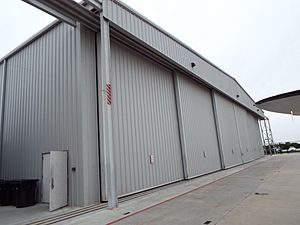 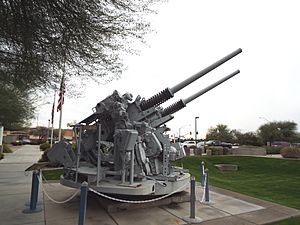 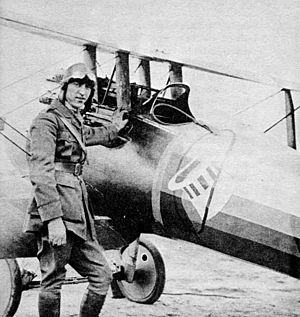 The Arizona Commemorative Air Force Museum can trace its history to September 6, 1961, when the Commemorative Air Force was founded. The non-profit organization was chartered as a nonprofit Texas corporation in Dallas. Its mission was, and still is, to restore and preserve World War II-era combat aircraft. The idea of establishing the organization came about when in 1957, Lloyd Nolen and a small group of ex-service pilots from the Rio Grande Valley in Texas invested their money towards the purchase of a P-51 Mustang.

The museum is situated inside an old World War II hangar built in 1941. In front of the museum's entrance is one of four propellers which were once installed on a B-29 Super Fortress. Also on display on the front lawn of the building is a 3-inch Mark 33 deck gun. The deck gun was originally mounted on the USS Guam for aircraft defense. It had the ability to fire 50 rounds a minute. There is a "Walk of Honor" located in front of the museum. The Walk of Honor is a tribute which recognizes the contributions made by Arizonans to the field of military aviation. Inductees are honored for their achievement with the installation of a special bronze plaque at the Museum. 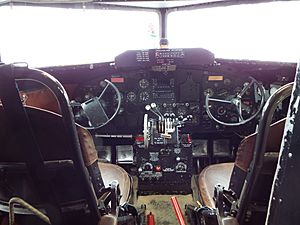 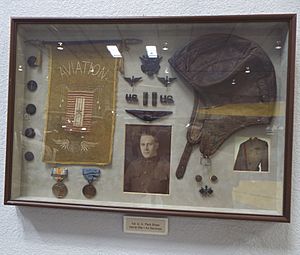 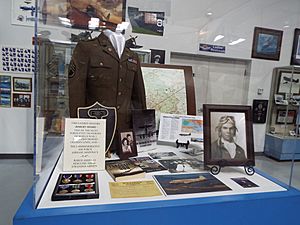 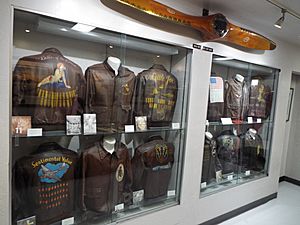 All content from Kiddle encyclopedia articles (including the article images and facts) can be freely used under Attribution-ShareAlike license, unless stated otherwise. Cite this article:
Arizona Commemorative Air Force Museum Facts for Kids. Kiddle Encyclopedia.