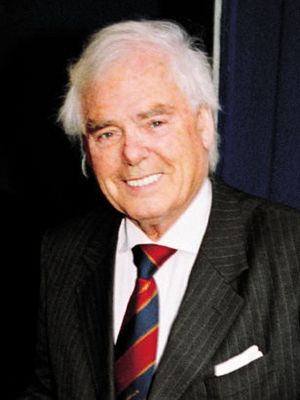 Sir John Arnold Clark (27 November 1927 – 10 April 2017) was a Scottish billionaire businessman. He was the chairman and chief executive of Arnold Clark Group. In April 2015, the company celebrated its 60th year in business. He was born in Glasgow. His estimated fortune in 2016 was £1.025 billion.

In the 2004 New Year Honours, Clark was knighted, for services to the motor industry, and for his community work in Scotland.

All content from Kiddle encyclopedia articles (including the article images and facts) can be freely used under Attribution-ShareAlike license, unless stated otherwise. Cite this article:
Arnold Clark Facts for Kids. Kiddle Encyclopedia.