Aston Rowant National Nature Reserve is located on the north-west escarpment of the Chiltern Hills, in the Chilterns Area of Outstanding Natural Beauty. It has an area of 159.1 hectares (393 acres), and most of it is a 128.5 hectares (318 acres) biological Site of Special Scientific Interest. It is listed as a Grade 1 site in A Nature Conservation Review. The reserve is in several sections, mostly in the parish of Lewknor in Oxfordshire, with smaller sections in the parish of Stokenchurch in Buckinghamshire.

The reserve is home to plants and butterflies of chalk grassland. The flowers include a number of orchids and the Chiltern gentian; the butterflies include the silver-spotted skipper and the Adonis blue.

As well as chalk grassland, the reserve contains woodland with beech, yew, and juniper. Overhead, reintroduced red kites are resident. 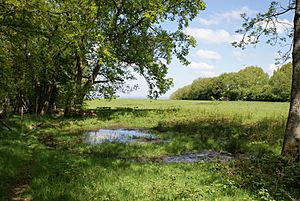 The Aston Rowant reserve is managed by Natural England assisted by the Oxford Conservation Volunteers. It offers a nationally important habitat of chalk grassland and juniper scrub with significant areas of hanging beechwood at Aston Rowant Wood.

Muntjac and roe deer are found on the reserve, as are the brown hare. Aston Rowant is also an important conservation site for the endangered hazel dormouse. 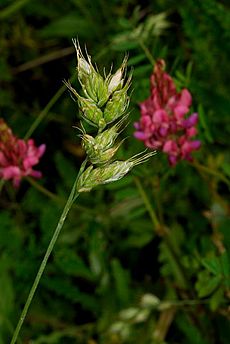 Interrupted brome grass, extinct in the wild at that time, was reintroduced to the reserve in 2004.

In 1989, the Aston Rowant NNR became one of the initial four sites selected by the RSPB and Natural England for the reintroduction to England of the red kite, which had become extinct in England and Scotland due to persecution since the early 1900s, and reduced to a residual population of a few dozen pairs in central Wales. Initially birds were brought in from Spain but the reintroduction programme based in the Chilterns was so successful that the local population has now self-generated to a level of approximately 200 pairs and chicks are now taken from the Chilterns population for reintroduction projects elsewhere in the UK.

In the summer of 2004, seeds of the interrupted brome grass, which had become extinct in the wild, were dispersed at the Aston Rowant NNR. The plants successfully germinated, fruited and persisted. This marked the first extinct plant to be re-introduced into the wild in British history.

All content from Kiddle encyclopedia articles (including the article images and facts) can be freely used under Attribution-ShareAlike license, unless stated otherwise. Cite this article:
Aston Rowant National Nature Reserve Facts for Kids. Kiddle Encyclopedia.