Junipers is the name for a number of species of coniferous plants in the genus Juniperus. They are related to the family Cupressaceae (the cypress). There are between 50 and 67 species of juniper. Junipers grow in the northern hemisphere.

Junipers are evergreen. They vary in size from low shrubs to tall trees, which grow to between twenty and forty metres tall. The female trees have seed cones which form something resembling a berry. These berries are called juniper berries. They take from six to eighteen months to grow, after pollination, are often aromatic and can be used as a spice.

Some junipers are susceptible to Gymnosporangium rust disease, and can be a serious problem for those people growing apple trees, the alternate host of the disease. 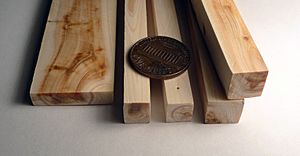 Juniperus communis wood pieces, with a U.S. penny for scale, showing the narrow growth rings of the species

Some junipers are given the common name "cedar," including Juniperus virginiana, the "red cedar" that is used widely in cedar drawers. "Eastern redcedar" is the correct name for J. virginiana. The lack of space between the words "red" and "cedar" indicates that this species is not a true cedar, Cedrus.

Juniper in weave is a traditional cladding technique used in Northern Europe, e.g. at Havrå, Norway. 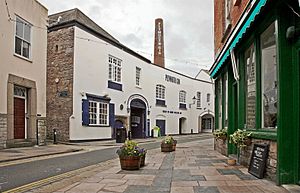 Juniper berries are a spice used in a wide variety of culinary dishes and best known for the primary flavoring in gin (and responsible for gin's name, which is a shortening of the Dutch word for juniper, jenever). A juniper based spirit is made by fermenting juniper berries and water to create a "wine" that is then distilled. This is often sold as a juniper brandy in eastern Europe. Juniper berries are also used as the primary flavor in the liquor Jenever and sahti-style of beers. Juniper berry sauce is often a popular flavoring choice for quail, pheasant, veal, rabbit, venison and other game dishes. 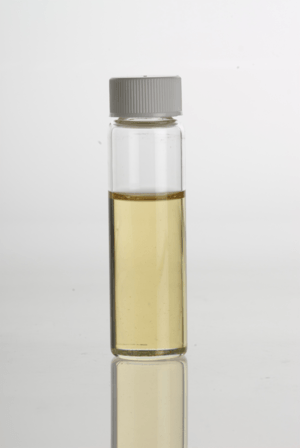 Juniper berries are steam distilled to produce an essential oil that may vary from colorless to yellow or pale green. Leaves and twigs of Juniperus virginiana are steam distilled to produce oil of juniper. Middle Tennessee and adjacent northern Alabama and southern Kentucky are the centers for this activity. This work is typically done during periods of cold weather to reduce the loss of essential oil to evaporation, which is greater in warmer weather.

Ethnic and herbal use

Many of the earliest prehistoric people lived in or near juniper forests which furnished them food, fuel, and wood for shelter or utensils. In Morocco, the tar (gitran) of the arar tree (Juniperus phoenicea) is applied in dotted patterns on bisque drinking cups. Gitran makes the water more fragrant and is said to be good for the teeth.

Some Indigenous peoples, such as the Dineh, have traditionally used juniper for diabetes. The 17th Century herbalist physician Nicholas Culpeper recommended the ripened berries for conditions such as asthma and sciatica. 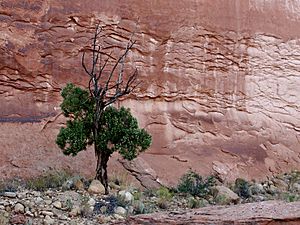 Juniper is one of the plants used in Scottish and Gaelic Polytheist saining rites, such as those performed at Hogmanay (New Year), where the smoke of burning juniper is used to cleanse, bless, and protect the household and its inhabitants.

Juniper ash is considered to be one of the main sources of calcium for the Navajo people. It is usually an ingredient in blue corn meals. They incorporate the juniper ash because of the flavor it provides. Therefore, it can be found in different kinds of corn-based foods such as pancakes or dumplings. The use of juniper ash is important because many Navajo people don't drink animal milk, which is a major source of calcium in some diets. One teaspoon of juniper ash can contribute the same amount of calcium in one cup of milk. The majority of the calcium was derived from woody branches of juniper plants.

All content from Kiddle encyclopedia articles (including the article images and facts) can be freely used under Attribution-ShareAlike license, unless stated otherwise. Cite this article:
Juniper Facts for Kids. Kiddle Encyclopedia.