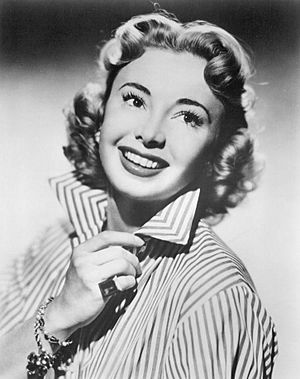 Audrey Meadows (born February 8 1922; died February 3 1996) was an American actress. She was best known for her role as Alice Kramden on the 1950s American television comedy The Honeymooners. She was born in New York City by the name Audrey Cotter. Meadows died as a result of lung cancer.

All content from Kiddle encyclopedia articles (including the article images and facts) can be freely used under Attribution-ShareAlike license, unless stated otherwise. Cite this article:
Audrey Meadows Facts for Kids. Kiddle Encyclopedia.