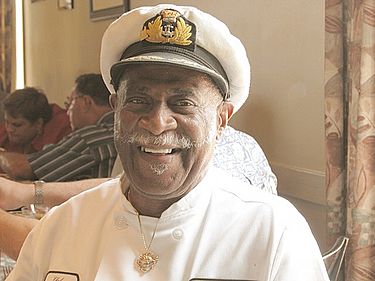 Austin Leslie (2 July 1934 – 29 September 2005) was an internationally famous New Orleans, Louisiana, chef whose work defined 'Creole Soul'. He died in Atlanta, Georgia, at the age of 71 after having been evacuated from New Orleans; he had been trapped in his attic for two days in the 98 °F heat, in the aftermath of the 29 August Hurricane Katrina. He was honored with the first jazz funeral after Katrina on October 9, 2005, in the still largely-deserted city. The procession, led by the Hot 8 Brass Band, marched through the flood-ravaged remains of Leslie's old Seventh Ward neighborhood, starting out at Pampy's Creole Kitchen and stopping along the way at the location of the original Chez Helene.

With his trademark captain's cap, lambchop sideburns, and broad smile, he was known as the Godfather of Fried Chicken. His distinctive style was the inspiration for the restaurant imagery of the 1987 television show Frank's Place.

While still in high school, Leslie worked at Portia's Fountain on Rampart Street, first as a delivery boy and later in the kitchen under Chef Bill Turner. One of the featured dishes was a crispy fried chicken garnished with sliced dill pickles, which the owner taught him to cook. This would become Leslie's signature item over the next fifty years.

After high school he worked as a chef's assistant at the D. H. Holmes restaurant. The Holmes department store catered primarily to relatively affluent white people, and for the four and half years he worked there Leslie was not allowed to prepare orders directly for customers, doing prep work instead.

In 1964, his Aunt Helen opened Chez Helene and Leslie went to work full-time as the chef.

The original location of the restaurant was on North Robertson Street, near the French Quarter. It became the classic "underground" restaurant, featuring good food at reasonable prices in an off-the-beaten-path location. Despite the modest surroundings, it was compared favorably to the grand New Orleans restaurants such as Brennan's, Antoine's, and Commander's Palace. In addition to receiving rave reviews from the local food critics, Chez Helene also caught the attention of national food writers such as R.W. "Johnny" Apple of The New York Times and Calvin Trillin. The restaurant served haute creole dishes like Oysters Rockefeller as well as down-home items like stuffed bell pepper, smothered cabbage with pig tails, fried chicken livers, and mustard greens. His aunt retired in 1975 and sold the restaurant to Leslie.

Despite its commercial and culinary success, the North Robertson neighborhood became unsafe. Cab drivers would not travel to the area, and hotel concierges would no longer recommend the restaurant. Leslie moved his business to the French Quarter and opened a branch in Chicago. He also tried his hand at running a number of fried chicken outlets. But the new location did not have the same charm as the original and Leslie eventually closed Chez Helene in 1995 after thirty years of operation. After closing the Chez Helene he wrote and published the cookbook Creole-Soul.

Denmark & back to New Orleans 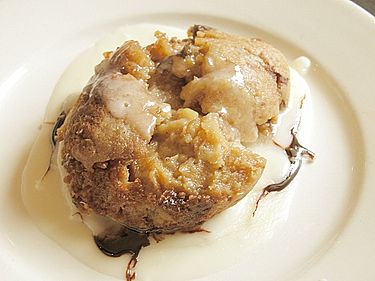 After Chez Helene, Leslie worked for six months in Denmark as the executive chef of "N'Awlins." He appeared on Danish television and prepared gumbo and jambalaya for the Copenhagen Jazz Festival. After he returned to New Orleans, Leslie met Jacques Leonardi and joined on as the fry-cook of the newly opened Jacques-Imo's restaurant in the Carrollton neighborhood of New Orleans. He introduced his signature Fried Chicken with Persillade garnished with a dill pickle to a new generation of eaters.

In October 2004, he left Jacques-Imo's and joined Stan "Pampy" Barre at Pampy's Creole Kitchen in the Seventh Ward. When asked why he left, Leslie said, "I didn't move away from Jack because of money. I moved away from Jacques-Imo's because I wanted to get away from frying. I'm going to die. But I'm not going to die over that fryer." At Pampy's he worked as both a mentor to the kitchen staff, sharing his formidable knowledge of Creole cooking, and as a good-will ambassador in the front of the house, greeting and chatting with guests.

Like many in the aftermath of Hurricane Katrina, Leslie fled up to the attic of his house to escape rising flood waters. He was rescued from his rooftop after two days and evacuated first to the Morial Convention Center, then briefly to Arkansas, and finally to Atlanta. He was admitted to an Atlanta hospital on September 28, 2005, with a high fever and died the next day from a heart attack. Chef Austin's generous spirit lives on today in kitchens and on menus throughout New Orleans, in the Creole Potato Salad he helped bring to California, Georgia, and elsewhere, and in all those with whom he shared his vibrant cooking.

All content from Kiddle encyclopedia articles (including the article images and facts) can be freely used under Attribution-ShareAlike license, unless stated otherwise. Cite this article:
Austin Leslie Facts for Kids. Kiddle Encyclopedia.