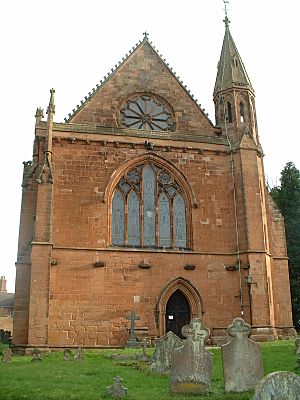 Balsall Preceptory in Warwickshire was a manor that was given to the Knights Templars in recognition of their service in the Crusades. The donor, according to a survey of the Templars' possessions in England in 1185, was Roger de Mowbray, son of Nigel d'Aubigny.

The preceptory also governed other Templar lands, similarly donated for services in the Holy Land. These included:

All content from Kiddle encyclopedia articles (including the article images and facts) can be freely used under Attribution-ShareAlike license, unless stated otherwise. Cite this article:
Balsall Preceptory Facts for Kids. Kiddle Encyclopedia.