Order of chivalry facts for kids 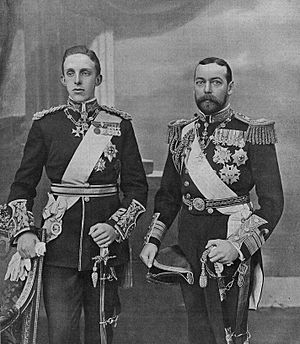 A chivalric order, order of chivalry, order of knighthood or equestrian order is an order, confraternity or society of knights typically founded during or in inspiration of the original Catholic military orders of the Crusades (1099-1291), paired with medieval concepts of ideals of chivalry.

During the 15th century, orders of chivalry, or dynastic orders of knighthood, became a mere courtly fashion, some of them purely honorific, consisting of nothing but the badge. These institutions in turn gave rise to the modern-day orders of merit of states.

All content from Kiddle encyclopedia articles (including the article images and facts) can be freely used under Attribution-ShareAlike license, unless stated otherwise. Cite this article:
Order of chivalry Facts for Kids. Kiddle Encyclopedia.