The Bavaria Party German: Bayernpartei (BP) is a political party in the state of Bavaria of southern Germany. It was founded in 1946. The party wants Bavaria to be an independent, separate country, within the European Union. Together with the Christian Social Union of Bavaria it can be seen as an heir to the Bavarian People's Party which existed prior to World War II. 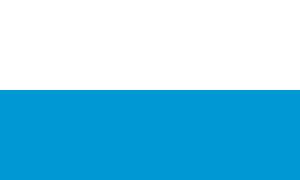 All content from Kiddle encyclopedia articles (including the article images and facts) can be freely used under Attribution-ShareAlike license, unless stated otherwise. Cite this article:
Bavaria Party Facts for Kids. Kiddle Encyclopedia.