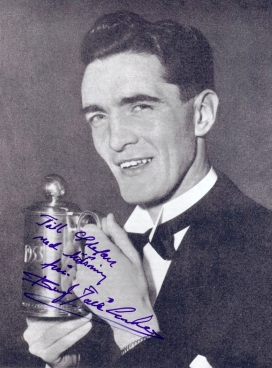 Bengt Olov Emanuel "Julle" Gustavsson (13 January 1928 – 16 February 2017) was a Swedish footballer and manager. He played as a defender. He played for IFK Norrköping, Atalanta and Åtvidabergs FF. He also played for the Sweden national football team during the 1958 FIFA World Cup. He was born in Ringarum, Östergötland County.

All content from Kiddle encyclopedia articles (including the article images and facts) can be freely used under Attribution-ShareAlike license, unless stated otherwise. Cite this article:
Bengt Gustavsson Facts for Kids. Kiddle Encyclopedia.