He is a former Brazilian football player. Pelé is the most successful league goal scorer in the world, with 541 league goals. In total Pelé scored 1281 goals in 1363 games, including unofficial friendlies and tour games, for which he was listed in the Guinness World Records for most career goals scored in the history of football.

He was given the title "Football Player of the Century" by FIFA. Many believe that he is the best player in the history of football. 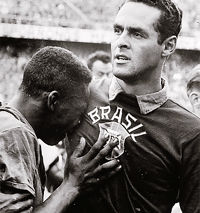 Pelé cries on the shoulder of Gilmar dos Santos Neves, after Brazil won the 1958 Cup. 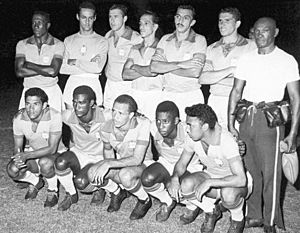 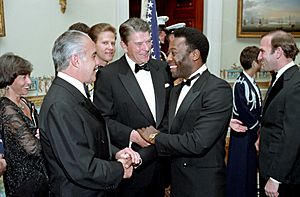 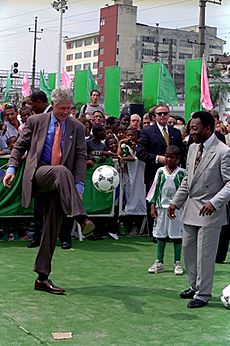 All content from Kiddle encyclopedia articles (including the article images and facts) can be freely used under Attribution-ShareAlike license, unless stated otherwise. Cite this article:
Pelé Facts for Kids. Kiddle Encyclopedia.