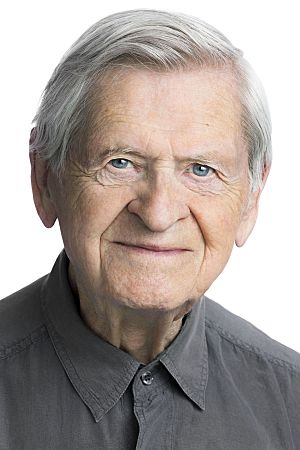 Benoît Lacroix (8 September 1915 – 2 March 2016) was a Canadian theologian, philosopher, and Dominican priest. He was a professor in Medieval studies and historian of the Mediaeval period. He was the author of almost 50 works and a great number of articles. He was born in Saint-Michel-de-Bellechasse, Quebec.

Lacroix died in Quebec on 2 March 2016 from problems caused by pneumonia. He was 100 years old.

All content from Kiddle encyclopedia articles (including the article images and facts) can be freely used under Attribution-ShareAlike license, unless stated otherwise. Cite this article:
Benoît Lacroix Facts for Kids. Kiddle Encyclopedia.