The history of written history

For thousands of years people have been telling stories about the past, and making written records of the actions of kings and prophets and other famous persons. After 500 BC, they began writing more organized histories. 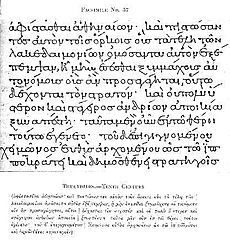 Written history appeared first with the ancient Greeks, whose historians greatly contributed to the development of historical methodology. The very first historical works were The Histories composed by Herodotus of Halicarnassus (484 BC–ca.425 BC), who became later known as the 'father of history' (Cicero). Thucydides was the first to distinguish between cause and immediate origins of an event, and his successor Xenophon (ca. 431–355 BC) introduced autobiographical elements and character studies in his Anabasis.

The Romans adopted the Greek tradition, becoming the first people to write history in a non-Greek language. The most famous writers are Julius Caesar's (100 BC–44 BC) Bellum Gallicum. Livy (59 BC–AD 17) who records the rise of Rome from city-state to world dominion. Plutarch (c. 46 - 127) and Suetonius (c. 69-after 130) introduced biography as a branch of history. Tacitus (c. 56–c. 117) criticizes Roman immorality by praising German virtues. 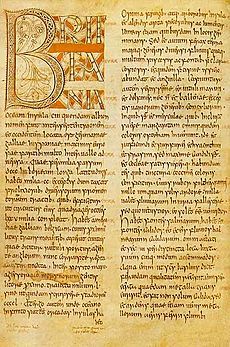 A page of Bede's Ecclesiastical History of the English People

Writing history was popular among Christian monks and clergy in the Middle Ages. They wrote about the history of Jesus Christ, the Church and of their patrons, the dynastic history of the local rulers. In the Early Middles Ages historical writing often took the form of annals or chronicles recording events year by year but this style tended to hampered the analysis of events and causes. An example of this type of writing are Anglo-Saxon Chronicles which were the work of several different writers and start during the reign of Alfred the Great in the late 9th century and one copy of which was still being updated in 1154.

History was written about states or nations during the Renaissance. The study of history changed during the Enlightenment and Romanticism. Voltaire described the history of certain ages that were important according to him, instead of describing events in a chronological order. History became an independent discipline. It was not called philosophia historiae anymore, but merely history (historia).

Modern historiography began with Leopold Ranke in the 19th century, who was very critical on the sources used in history. The French Annales School radically changed history during the 20th century. Fernand Braudel wanted history to become more scientific by demanding more mathematical evidence in history, in order to make the history discipline less subjective. Furthermore, he added a social-economic and geographic framework to answer historical questions. Other French historians, like Philippe Ariès and Michel Foucault described history of daily life topics such as death and sexuality. They wanted history to be written about all topics and that all questions should be asked.

All content from Kiddle encyclopedia articles (including the article images and facts) can be freely used under Attribution-ShareAlike license, unless stated otherwise. Cite this article:
Historiography Facts for Kids. Kiddle Encyclopedia.