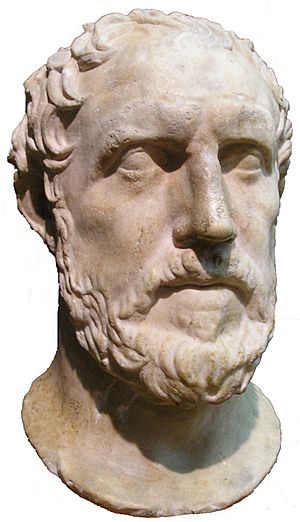 Bust of Thucydides in the Royal Ontario Museum, Toronto.

Thucydides (born around 460 B.C.E. – died around 400 B.C.E. ) (Greek Θουκυδίδης, Thoukudídēs) was an ancient Greek historian best remembered for his work on the Peloponnesian War. He was the son of Olorus.

All content from Kiddle encyclopedia articles (including the article images and facts) can be freely used under Attribution-ShareAlike license, unless stated otherwise. Cite this article:
Thucydides Facts for Kids. Kiddle Encyclopedia.