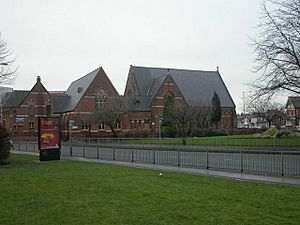 The population of Besses o' th' Barn around the time of construction was approximately 8000 and, according to those involved with the church, "the means of spiritual instruction [of that population] was very scanty". The building is a bicentenary memorial erected to commemorate the secession from the established Church of England in 1662. 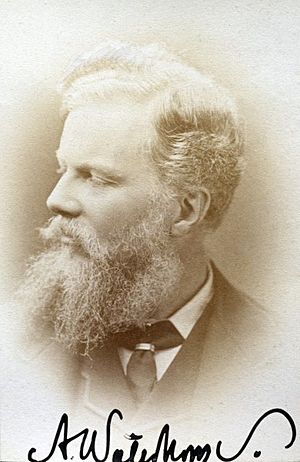 The structure was designed in the Gothic Revival style by Alfred Waterhouse. His design allowed for a chapel capable of holding 823 people, ancillary buildings such as the vestry, and a schoolroom on the upper storey. The latter measured 78 feet (24 m) by 33 feet (10 m) and was expected to accommodate between 500 and 600 children. The local school at that time had a roll of 200, of which 70-80 were adults.

The foundation stone was laid in 1863, when the projected cost of construction was £3700-£4000. Around three-quarters of that sum had been raised when construction began. £1000 was provided by the Lancashire Congregational Union, although it is uncertain whether that sum was included in the amount raised or was additional to it.

Construction was completed in 1865. Services had been held since 1863 and until 1866 the congregation was closely associated with Stand Independent Chapel, whose minister, Alexander Anderson, provided pastoral care. This arrangement ended when a separate church was formed, and within two or three years the church was able to support itself without recourse to the Union.

The early ministers were:

The church was first listed by English Heritage in January 1985. The short registry entry describes it as

All content from Kiddle encyclopedia articles (including the article images and facts) can be freely used under Attribution-ShareAlike license, unless stated otherwise. Cite this article:
Besses United Reformed Church Facts for Kids. Kiddle Encyclopedia.