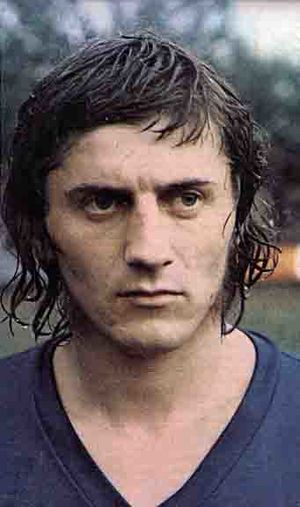 Božo Bakota (5 October 1950 – 1 October 2015) was a Croatian footballer. He played as a forward and midfielder professionally between 1971 and 1986. He played for NK Zagreb and SK Sturm Graz. He also played for the Yugoslavia national team in 1978. He was born in Zagreb.

All content from Kiddle encyclopedia articles (including the article images and facts) can be freely used under Attribution-ShareAlike license, unless stated otherwise. Cite this article:
Božo Bakota Facts for Kids. Kiddle Encyclopedia.