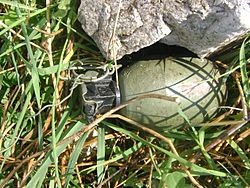 A hand grenade used as a booby trap, set to go off with a tripwire

A booby trap is a device or setup that is intended to kill, harm or surprise a person. It is usually triggered by the actions of the victim who did not know the booby trap was there. During the Vietnam War nearly 70% of American casualties were due to booby traps. In war, booby traps are a form of psychological warfare. They are designed to make soldiers slow down and be very cautious. As the word trap implies, they sometimes have some form of bait to attract the victim. At other times, the trap is set to act upon trespassers that come into personal or restricted areas. The device can be triggered when the victim performs some type of everyday action. For example opening a door, picking something up or switching something on. They can also be triggered by vehicles driving along a road such as an improvised explosive devices (IED's). Often booby traps are placed in a choke point where people or vehicles would normally move through. Lethal booby traps are often used in warfare, particularly guerrilla warfare. Traps designed to cause injury or pain are sometimes used by criminals wanting to protect drugs or other illicit property. They are also used some owners of legal property who wish to protect it from theft.

All content from Kiddle encyclopedia articles (including the article images and facts) can be freely used under Attribution-ShareAlike license, unless stated otherwise. Cite this article:
Booby trap Facts for Kids. Kiddle Encyclopedia.