This is a Portuguese name; the first family name is Mossa and the second is de Rezende. 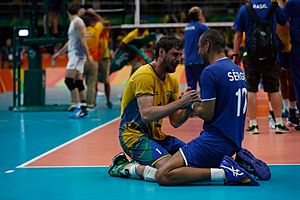 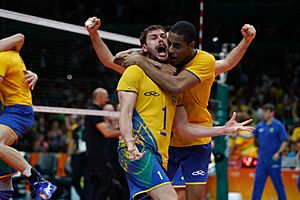 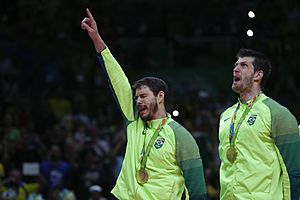 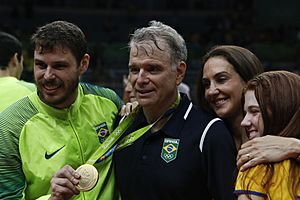 Rezende started his career in the Brazil team in the youth teams, winning the second place in the 2005 U20 World Championship. Playing for the adult team in 2007, he won the FIVB World League, the Pan American Games, the FIVB World Cup and the South America Championship. In 2008, he took part in the Beijing Olympic Games, where Brazil won the silver medal.

Bruno is the only child of former volleyball players Bernardinho and Vera Mossa. His mother took part in Olympics three times (1980, 1984, 1988). His father is a silver medalist with the 1984 Olympic Games and former coacher of Brazil men's national volleyball team. His parents divorced when he was a child. From his mother's first marriage to basketball player Éder Mundt Leme, Bruno has an older half-brother, Edson (born 1981). From her third marriage, he has a younger half-sister, Luisa. From his father's second marriage to former volleyball player Fernanda Venturini, Bruno has two younger half-sisters, Júlia (born 2002) and Victória (born 2009).

Bruno often faced accusations of nepotism when he first started playing for Brazil national volleyball team, since his father Bernardinho was the team's coach from 2001 to 2017. However, both he and his father have vehemently defended themselves against the accusations, and were always backed up by the other players, who said Bernardinho was tougher and more demanding of Bruno because of their family ties.

All content from Kiddle encyclopedia articles (including the article images and facts) can be freely used under Attribution-ShareAlike license, unless stated otherwise. Cite this article:
Bruno Rezende Facts for Kids. Kiddle Encyclopedia.