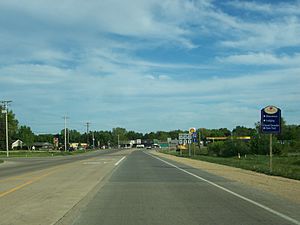 Cambridge is a village in Dane (mostly) and Jefferson counties in the U.S. state of Wisconsin. The population was 1,457 at the 2010 census. Of this, 1,348 were in Dane County, and 109 were in Jefferson County.

Cambridge settlement dates back to October 15, 1847 when farmer Joseph Keyes filed plans with the Register of Deeds of Dane County. The first structure in the area was a dam on the northern part of the Koshkonong River. By the late 1880s, Cambridge had grown into a community of about 700 people with shops, hotels, and a post office. Future inventor Ole Evenrude lived there. In 1890 a devastating fire broke out, destroying most of the businesses and parts of Main Street. 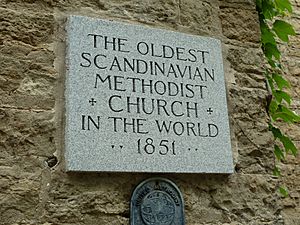 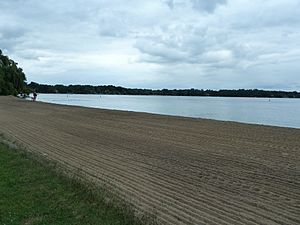 The town was rebuilt by 1910, following the fire, and the invention of the automobile ignited tourism and nearby Lake Ripley became a destination for many Chicago travelers. 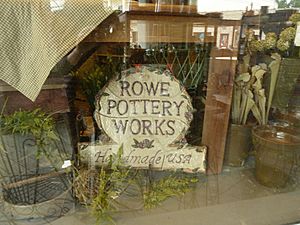 During the 1980s-1990s, Cambridge was known as the "salt glaze pottery capital of the world" because of the potteries located there.

After Cambridge lost much of its pottery draw the city began to draw mountain bikers from southeastern Wisconsin. CamRock Park offers trails for hiking, cross-country skiing, and an 11-mile mountain bike track. 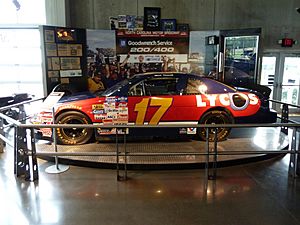 There were 615 households of which 32.0% had children under the age of 18 living with them, 52.4% were married couples living together, 8.5% had a female householder with no husband present, 3.7% had a male householder with no wife present, and 35.4% were non-families. 28.3% of all households were made up of individuals and 14.6% had someone living alone who was 65 years of age or older. The average household size was 2.37 and the average family size was 2.93.

All content from Kiddle encyclopedia articles (including the article images and facts) can be freely used under Attribution-ShareAlike license, unless stated otherwise. Cite this article:
Cambridge, Wisconsin Facts for Kids. Kiddle Encyclopedia.