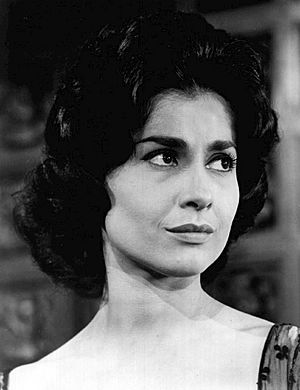 Carol Lawrence (born September 5, 1932 in Melrose Park, Illinois, USA) is an American stage and television actress. She is probably best known for playing best Maria in West Side Story in 1957. She has received several Tony Awards. She has performed on many television series, including General Hospital and Sex and the City.

All content from Kiddle encyclopedia articles (including the article images and facts) can be freely used under Attribution-ShareAlike license, unless stated otherwise. Cite this article:
Carol Lawrence Facts for Kids. Kiddle Encyclopedia.