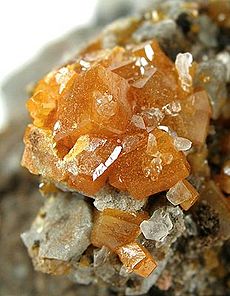 Castle Dome Landing was the port and supply point nearby on the Colorado River. The townsite is now submerged beneath the Imperial Dam reservoir.

The Castle Dome mining district is a popular district for mineral collectors. The region is known for striking combinations of cerussite, fluorite, vanadinite, wulfenite, barite, and mimetite, as well as galenite and anglesite. The Hull Mine and Puzzler Mine in particular have produced atypical green vanadinite and mimetite as well as yellow-hued wulfenite. 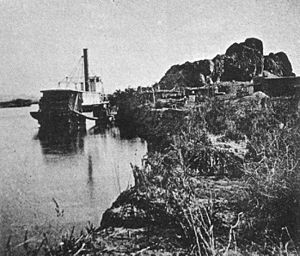 All content from Kiddle encyclopedia articles (including the article images and facts) can be freely used under Attribution-ShareAlike license, unless stated otherwise. Cite this article:
Castle Dome Mountains Facts for Kids. Kiddle Encyclopedia.