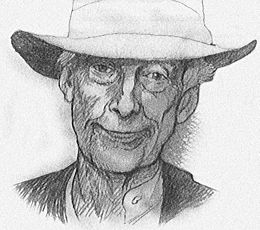 Charles Alexander Jencks (21 June 1939 – 13 October 2019) was an American cultural theorist, landscape designer and architectural historian. He was the co-founder of the Maggie’s Cancer Care Centres. He published over thirty books and became famous in the 1980s as theorist of Postmodernism. His works include Garden of Cosmic Speculation and earthworks at Jupiter Artland outside Edinburgh. His continuing project Crawick Multiverse, commissioned by the Duke of Buccleuch, opened in 2015 near Sanquhar.

Jencks was born in Baltimore, Maryland. He died at the age of 80 on 13 October 2019 in London of cancer.

All content from Kiddle encyclopedia articles (including the article images and facts) can be freely used under Attribution-ShareAlike license, unless stated otherwise. Cite this article:
Charles Jencks Facts for Kids. Kiddle Encyclopedia.