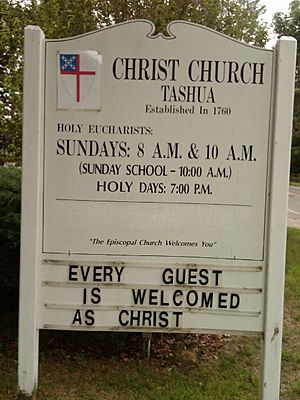 Christ Episcopal Church and Tashua Burial Ground is a historic property including an Episcopal Church building and cemetery at 5170 Madison Avenue in Trumbull, Connecticut. The property was listed on the National Register of Historic Places in 2001.

Two prior church buildings had been on the site before the cornerstone of the existing church was laid in 1826. This building is believed to have been designed by Alexander Jackson Davis and was consecrated in 1847. The original building was a 36’ X 26’ structure and stood at the north end of the graveyard. The second, larger building was built across from the first and consecrated in 1795 after the first building was abandoned five years earlier. 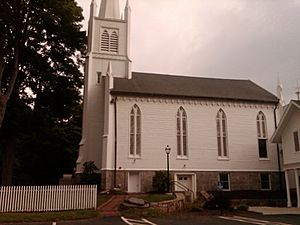 Inside the building, Christ Church displays the original Bible and Book of Common Prayer that was received by the parish in 1762 from England.

The current building is an example of Carpenter Gothic, a variant of Neo-Gothic architecture. The church parish is still active, with two services held on Sunday mornings at 8 AM and 10 AM. 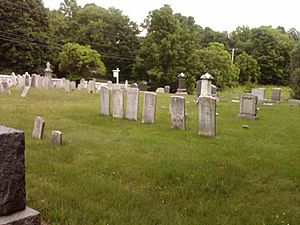 Tashua Burial Ground from the Church. 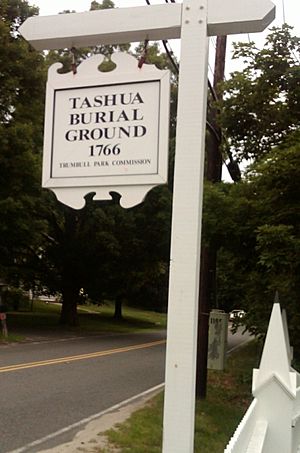 All content from Kiddle encyclopedia articles (including the article images and facts) can be freely used under Attribution-ShareAlike license, unless stated otherwise. Cite this article:
Christ Episcopal Church and Tashua Burial Ground Facts for Kids. Kiddle Encyclopedia.