Chubby Checker (born Ernest Evans; October 3, 1941) is an American singer. He is widely known for popularizing the twist dance style, with his 1960 hit cover of Hank Ballard's R&B hit "The Twist". In September 2008 "The Twist" topped Billboard's list of the most popular singles to have appeared in the Hot 100 since its debut in 1958, an honor it maintained for an August 2013 update of the list. He also popularized the Limbo Rock and its trademark limbo dance, as well as various dance styles such as the fly.

Checker is the only recording artist to place five albums in the Top 12 all at once. The performer has often claimed to have personally changed the way we dance to the beat of music, as when he told Billboard, "Anyplace on the planet, when someone has a song that has a beat, they're on the floor dancing apart to the beat. And before Chubby Checker, it wasn't here." Clay Cole agreed: "Chubby Checker has never been properly acknowledged for one major contribution to pop culture—Chubby and the Twist got adults out and onto the dance floor for the first time. Before the Twist dance phenomenon, grown ups did not dance to teenage music." 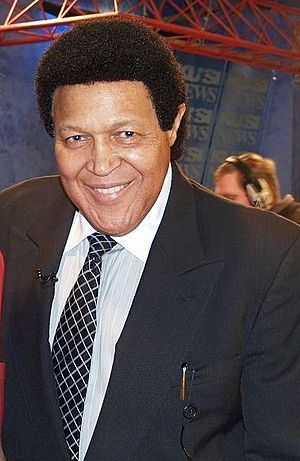 Chubby Checker during a TV interview in 2008

Chubby Checker was born Ernest Evans in Spring Gully, South Carolina. He was raised in the projects of South Philadelphia, where he lived with his parents, Raymond and Mrs. Eartle Evans, and two brothers. By age eight Evans formed a street-corner harmony group, and by the time he entered high school, took piano lessons at Settlement Music School. He would entertain his classmates by performing vocal impressions of popular entertainers of the day, such as Jerry Lee Lewis, Elvis Presley and Fats Domino.

After school Evans would entertain customers at his various jobs, including Fresh Farm Poultry in the Italian Market on Ninth Street and at the Produce Market, with songs and jokes. It was his boss at the Produce Market, Tony A., who gave Evans the nickname "Chubby". The store owner of Fresh Farm Poultry, Henry Colt, was so impressed by Ernest's performances for the customers that he, along with his colleague and friend Kal Mann, who worked as a songwriter for Cameo-Parkway Records, arranged for young Chubby to do a private recording for American Bandstand host Dick Clark. It was at this recording session that Evans got his stage name from Clark's wife, who asked Evans what his name was. "Well", he replied, "my friends call me 'Chubby'". As he had just completed a Fats Domino impression, she smiled and said, "As in Checker?" That little play on words ('chubby' meaning 'fat', and 'checkers', like 'dominoes', being a game) got an instant laugh and stuck, and from then on, Evans would use the name Chubby Checker. 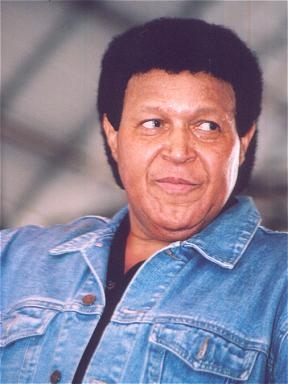 In 2008, Chubby Checker's "The Twist" was named the biggest chart hit of all time by Billboard magazine. Billboard looked at all singles that made the charts between 1958 and 2008. He was also honored by Settlement Music School as part of the school's centennial celebration and named to the Settlement 100, a list of notable people connected to the school.

Checker received the prestigious Sandy Hosey Lifetime Achievement Award on November 9, 2013 from the Artists Music Guild. Checker was the host of the 2013 AMG Heritage Awards and was given the honor during the television broadcast. The award was presented to him by longtime friend Dee Dee Sharp.

His hit songs include:

On 12 December 1963 he, by then a millionaire at 22 years old, proposed marriage to Catharina Lodders, a 21-year-old Dutch model and Miss World 1962 from Haarlem, the Netherlands. Checker said he met Lodders in Manila the prior January. They were married on 12 April 1964 at Temple Lutheran Church in Pennsauken, New Jersey. Their first child, Bianca Johanna Evans, was born in a Philadelphia hospital on 8 December 1966.

Checker is the father of WNBA player Mistie Bass. He is also father to musician Shan Egan, lead singer of Funk Church, a band in the Philadelphia area.

All content from Kiddle encyclopedia articles (including the article images and facts) can be freely used under Attribution-ShareAlike license, unless stated otherwise. Cite this article:
Chubby Checker Facts for Kids. Kiddle Encyclopedia.