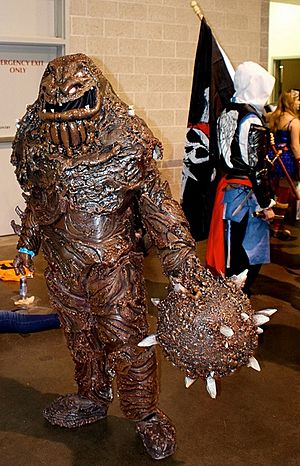 Clayface is an alias used by several fictional supervillains appearing in American comic books published by DC Comics. Most of them possess clay-like bodies and shape-shifting abilities, and all of them have been depicted as adversaries of Batman.

In 2009, Clayface was ranked as IGN's 73rd Greatest Comic Book Villain of All Time.

Created by Bill Finger and Bob Kane, the original Clayface (Basil Karlo) was a B-list actor who began a life of crime using the identity of a villain he portrayed in a horror film.

In the late 1950s, Batman began facing a series of science fiction-inspired foes, including Matt Hagen, a treasure-hunter given vast shape-shifting powers and resiliency by radioactive protoplasm, who became the new Clayface. He retained the title for the next several decades of comic book history.

In the late 1970s, Preston Payne became the third Clayface. A scientist suffering from hyperpituitarism, Preston Payne used the second Clayface's blood to create a cure but instead became a clay-like creature that needed to pass his condition on to others to survive.

Sondra Fuller of Strike Force Kobra used the terrorist group's technology to become the fourth Clayface, also known as Lady Clay. She formed the Mud Pack with the original and third Clayfaces. During this era, the original Clayface used the DNA of Payne and Fuller to become the most powerful Clayface.

Sometime after the Mud Pack event, Payne and Fuller had a son dubbed "Cassius 'Clay' Payne", who also had metahuman clay powers.

In 1998, Dr. Peter Malloy later used the Cassus Payne's skin sample to become Clayface when he was introduced in Batman #550.

In 2005, the Johnny Williams version of Clayface was introduced in Batman: Gotham Knights #60 (February 2005).

He was voiced by Ron Perlman in Batman: The Animated Series. 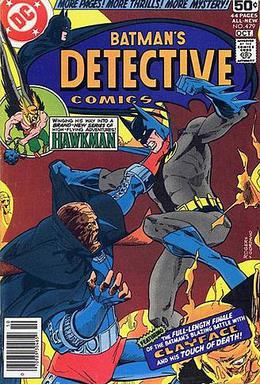 Each of the Clayfaces has a different power with the exception of their shapeshifting ability.

All content from Kiddle encyclopedia articles (including the article images and facts) can be freely used under Attribution-ShareAlike license, unless stated otherwise. Cite this article:
Clayface Facts for Kids. Kiddle Encyclopedia.