Kids Encyclopedia Facts
Not to be confused with Colerain Township, Ohio. 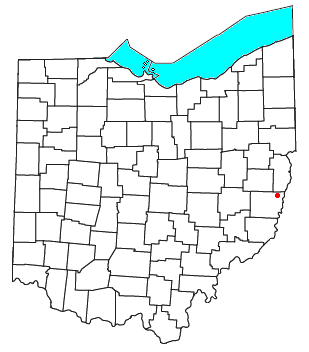 Colerain is an unincorporated community in eastern Colerain Township, Belmont County, Ohio, United States. Although it is unincorporated, it has a post office, with the ZIP code of 43916. It lies along U.S. Route 250.

Colerain is part of the Wheeling, WV-OH Metropolitan Statistical Area.

The community was named after Coleraine, Northern Ireland, the ancestral home of a share of the first settlers. A post office called Colerain was established in 1825, and remained in operation until 1907. Colerain was originally built up chiefly by Quakers from North Carolina and Virginia, who left those states due to their opposition to slavery.

All content from Kiddle encyclopedia articles (including the article images and facts) can be freely used under Attribution-ShareAlike license, unless stated otherwise. Cite this article:
Colerain, Ohio Facts for Kids. Kiddle Encyclopedia.