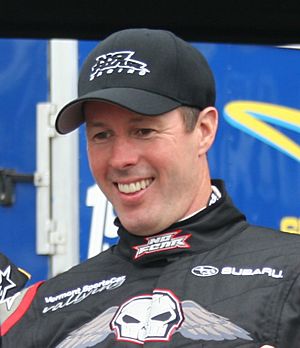 Colin McRae (5 August 1968 – 15 September 2007) was a Scottish rally car driver. He was one of the best rally drivers in the world. He died with his son and two other friends when he crashed his helicopter near his home in Lanark, Scotland.

All content from Kiddle encyclopedia articles (including the article images and facts) can be freely used under Attribution-ShareAlike license, unless stated otherwise. Cite this article:
Colin McRae Facts for Kids. Kiddle Encyclopedia.