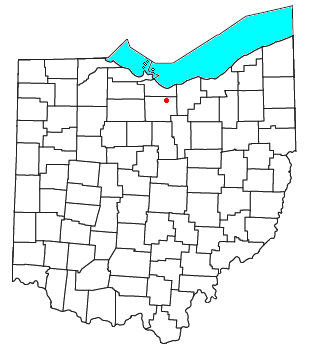 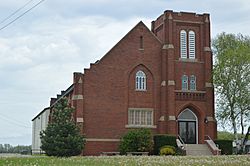 Collins is a census-designated place in central Townsend Township, Huron County, Ohio, United States. Although it is unincorporated, it has a post office, with the ZIP code of 44826. It lies along Hartland Center Road less than one mile north of U.S. Route 20.

Some say the community was named after a railroad official named Collins, while others believe the place is named after Collinsville, Connecticut.

All content from Kiddle encyclopedia articles (including the article images and facts) can be freely used under Attribution-ShareAlike license, unless stated otherwise. Cite this article:
Collins, Ohio Facts for Kids. Kiddle Encyclopedia.