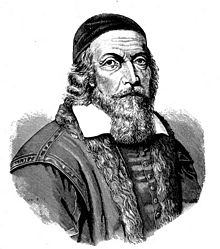 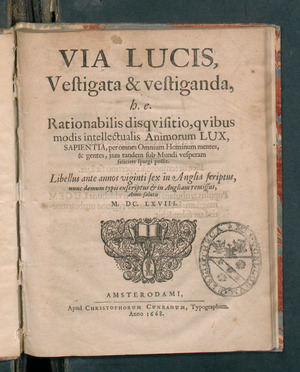 Comenius (28 March 1592 – 15 November 1670) was a 17th-century Czech bishop, and an innovator in education. His name is spelt differently in almost every language. In English it is John Amos Comenius, but he is usually called just 'Comenius'.

Comenius is famous for arguing for universal literacy, and inventing the idea of a modern textbook which used pictures as well as prose to get its message across. Comenius also tried to design a language in which false statements could not be written.

Some books by Comenius

There are about 16 works, with many translations and versions.

All content from Kiddle encyclopedia articles (including the article images and facts) can be freely used under Attribution-ShareAlike license, unless stated otherwise. Cite this article:
Comenius Facts for Kids. Kiddle Encyclopedia.