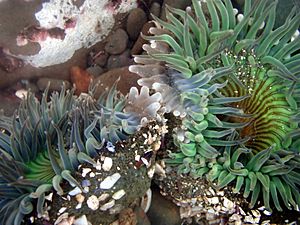 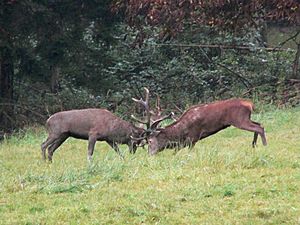 Thus, species, and often individuals within a species, compete to gain these resources. As a result, several species less suited to compete for the resources may either adapt or die out. According to evolutionary theory, this competition within and between species for resources plays a critical role in natural selection. 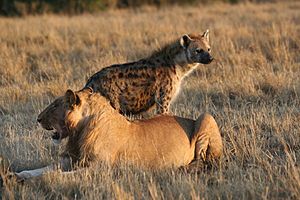 A lion and a spotted hyena in the Maasai Mara: The two species share similar ecological niches, and so compete with each other

All content from Kiddle encyclopedia articles (including the article images and facts) can be freely used under Attribution-ShareAlike license, unless stated otherwise. Cite this article:
Competition (biology) Facts for Kids. Kiddle Encyclopedia.